“Dumb Chatbots”: how RTI bots can help you automate care When talking about chatbots and automation, in the imagination of users and some companies, an intelligent robot appears, answering customer queries with the naturalness of a human. Although bots with artificial intelligence (i.e. with the ability to understand natural language and “learn” with each interaction) are increasingly used, they are not the only option for automating interactions.

In fact, many companies benefit from the use of “Dumb Chatbots” or “RTI Chatbots”, conversational interfaces that do not use artificial intelligence. A common mistake when planning a service automation strategy is to think that only with cognitive bots it is possible to reduce operational costs and improve the user experience. In this article we show you several advantages of non-intelligent bots and what kind of processes you can apply them to.

First, let’s define: what are “Dumb Chatbots” or “RTI Chatbots”?

RTI chatbots (Text Interaction Response) or “dumb chatbots” are conversational interfaces that operate through menus of prefigured options. They do not require the use of artificial intelligence, but develop their functions based on predefined commands or buttons, following a sequential logic. They emulate the conversation, but do not interpret the user’s answers: they give options and open new ones according to the selected option. They are operated in a similar way to an IVR on the telephone, but in a chat environment.

Although they do not employ cognitive capabilities, dumb chatbots are very effective for carrying out conversational marketing techniques, as they can be customized to make the interaction seem as natural as possible. If a human, colloquial and approachable tone is added to the text of the commands, high levels of engagement can be achieved in a relatively simple way.

In this case, we will focus on the benefits of Dumb Chatbots compared to cognitive bots in some usage scenarios. To see the overall advantages of the application of bots (both RTI and cognitive).

1) They are easier to implement than IA, and their cost is lower.

Creating an RTI bot is much easier than developing a cognitive bot; it requires no revisions or maintenance and can be deployed immediately, without the need to “train” the bot. In addition, for the simplest interactions, they are more intuitive for users, who only have to select one of the options provided and do not have to think about how to formulate a written response.

2) The direction of the interaction is always controlled.

Another advantage is that in the ITR bot, the whole sequence of the interaction is pre-designed, with no possibility of deviation from the established course. The conversation has a final goal, and there is no margin for error in the event of poorly understood or poorly written sentences by the user.

3) They are ideal for qualifying prospects or distributing attention.

Dumb Chatbots are a very effective tool to automate marketing processes. Applied on landing pages, for example, they not only allow you to capture leads but also to qualify them on the spot, through a few simple questions. They also help to advance the prospect in their Customer Journey, depending on the stage of the journey they are in.

In customer service cases, analogous to an IVR on the phone, RTI bots can function as the first filter in a webchat or messaging apps, referring queries to the appropriate agents.

When to choose Artificial Intelligence, and when not to?

Because they are so intuitive for users, Dumb Chatbots are ideal in cases where their functionality is very specific: it can be, as we said, to qualify the leads that arrive at a landing page, to take an order when there is a set of preset options, or to conduct a satisfaction survey, to mention a few cases.

But for cases where a more complex customer service must be provided, requiring a more sophisticated and human-like level of conversation, a menu of options will not be enough. In these cases, it is recommended to use a bot with cognitive and problem-solving capabilities that really elevate the customer experience and help them with what they need, whether it is to buy or to make a complaint. Remember that Dumb Chatbots cannot understand natural language, generate new answers or perform functions that have not been pre-programmed.

Each company, depending on its business objectives and the volume of interactions it handles on a daily basis, will have to decide which type of bot to deploy. It will have to evaluate whether it is cost-effective to use a cognitive bot (which can take care of most of the interactions performed by its agents to free up time for the team) or whether the best solution is an RTI bot. Of course, one alternative does not exclude the other: for each process you can implement the most efficient tool, always ensuring that, when using it, the user experience is excellent. 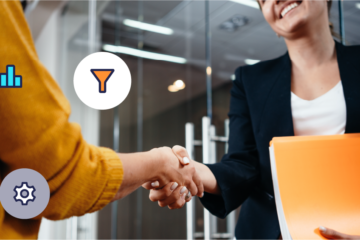 Integrating CRM with the Contact Center platform not only impacts the generation of sales opportunities but also the treatment that each one receives. From documenting every interaction that is generated by any channel, to detecting when the lead is ready for a direct sales call, it allows a more efficient management of all the tasks involved in the process. 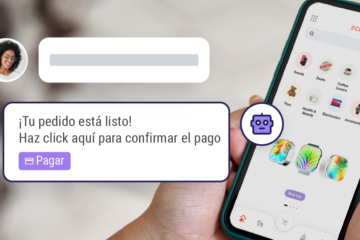 The 4 keys to sell more with your e-commerce chatbot

Implementing Conversational Commerce is much more than developing an e-commerce chatbot capable of resolving queries on its own. It is thinking about a conversational strategy that covers the multiple directions the interaction and purchase journey (más)… 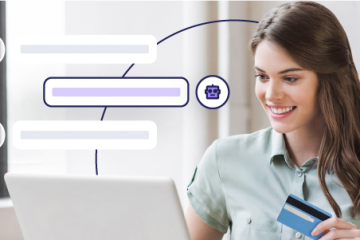 Conversational Commerce: 4 ways to improve your sales with AI

When the concept of Conversational Commerce first emerged, it was said to be “the future of eCommerce.” Today, it’s part of the routine for thousands of users who seek the help of virtual assistants to shop online. (más)…